My mother makes the best fish batter. It didn’t always include ginger beer (the added ginger beer in this recipe was Gordon Ramsay inspired). You could make this recipe without the ginger beer and just use water or carbonated water and it would still taste amazing.

Most battered fish is deep fried but we shallow fry ours. You could deep fry it if you wanted but in the end it tastes the same. 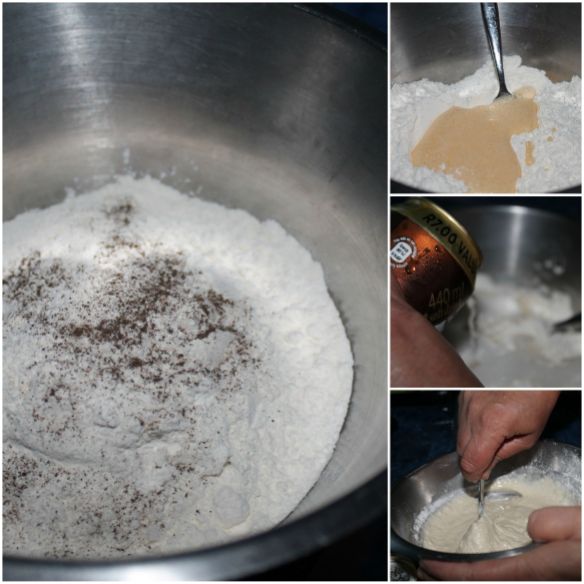 Here’s how it was made.

Heat a pan with enough oil to shallow fry fish. Sift flour, baking powder, salt and pepper into a bowl. Add beaten egg and enough ginger beer to form a thick batter. Rub fish spice onto fillets of fish before dipping into the batter. Once fish has been battered place into the hot oil. Fry until golden and crisp. Turn fish over to fry the other side. Drain on paper towel for a bit before serving.

Eat with salad or chips or just as it with some tartar sauce.

Find me on social media